Espresso Vs Coffee: Amazing Differences You Need to Know

I’ll never forget the first time I tried a shot of espresso. The barista handed me a small glass of straight espresso and told me to down it before it became a “dead shot.” At the time, I had no idea that espresso could be “dead” or that it was any different from regular coffee.

Espresso vs Coffee. The assumptions made about coffee and espresso leave much room for confusion. Are they the same? Why does espresso taste stronger? Which is better for you? What differentiates coffee beans from espresso beans?

In this article, I’ll be diving into all of these questions to alleviate any misunderstandings on the differences between coffee and espresso. You may be surprised by what you learn!

What You Need to Know About Coffee

Coffee is a well-renowned favorite when it comes to hot beverages. In the mornings, people flock to their local coffee shops to grab a quick drink before work. It’s warm, soothing, and delicious. But what makes coffee so fascinating?

Documentation on the origins of coffee starts as early as the 9th century AD. Found in the lush forests of Ethiopia, coffee beans became a welcomed crop and a delicious pastime for many natives. Coffee beans soon made their way to the Arabian Peninsula, where the Yemeni district began to make their own small plantations.

As word of mouth, traders, and newfound coffee lovers spread the news of this new bean, it became popularized enough to warrant its own buzz. At the time, coffee was enjoyed in many homes and small shops known as qahveh khaneh. As pilgrims journeyed to Mecca each year, they began to share word of this new drink, and thus, coffee became a worldwide enjoyment.

If you’ve wandered through any local retail store, you may have noticed that there are several types of coffee makers and brewing settings. Among the most popular are drip coffee, brewed, instant, filter, and single-serve.

Each type of coffee is different and comes in several flavors. Starbucks is well known for its pumpkin spice latte in fall, for example. This ability to adapt a multitude of flavors makes it such an exciting beverage.

When it comes to caffeine content, coffee is relatively low in its most basic form. An ordinary brewed coffee has been tested to include about 96mg of caffeine per 8oz cup. Of course, this can vary depending on the type of brew and roast of the coffee bean. On average, an 8oz cup of coffee can include anywhere from 80-185mg of caffeine content.

As mentioned above, the brewing method is what makes your coffee versatile and unique. Several brewing methods and styles can change the taste, texture, caffeine content, and appeal of coffee.

Typically, coffee beans are ground and placed into a filter or placed in whole in a coffee machine. Water is mixed with the grounds to create coffee. While the process is more complex than this, each machine works differently. Therefore, in the simplest of terms, coffee is essentially coffee beans mixed with water.

At home, it’s most common to see people using the automatic drip coffee or a French press method. There is a wide range of coffee machines, each functioning uniquely to produce a specialized brew.

What You Need to Know About Espresso

Now that you know the important facts about coffee, it’s time to consider espresso. Espresso has long been acknowledged as a more potent brew and a quick pick-me-up for coffee lovers. Espresso machines have had quite the craze in recent years thanks to Keurig, and people are more interested in this type of coffee than in years past.

The origins of espresso differ slightly depending on which feature of espresso you choose to focus on. It’s commonly accepted that in the 16th century AD, espresso became a new form of coffee in the Arabian Peninsula. However, the term “espresso” was invented in Turin, Italy, around 1884 when Angelo Moriondo patented the first-ever espresso machine.

Shots of espresso are also an everyday delight for many people. They are sold at local coffee shops as single shots or in stores in small drink containers.

What truly makes espresso unique is its creamy, thick texture and its caffeine content. Espresso is often consumed in small doses, often ranging from one to two ounces. A single ounce serving of espresso can hold 40-75mg of caffeine. On average, a single ounce shot of espresso is 51mg. Depending on the espresso machine and the espresso beans used, this amount can be higher or lower.

Espresso is made by pressurizing near-boiling water through finely-ground coffee beans. This requires sensible precision to perfect. Because of this, espresso machines are crucial in curating perfect espresso. Furthermore, this method means a higher concentration of solids, making espresso thicker and more robust than regular coffee.

Espresso vs Coffee: How Coffee and Espresso Compare

Coffee and espresso share several key similarities and differences. Check out the chart below to see a matchup of the features of coffee versus espresso.

Espresso is a type of coffee, but coffee is not a type of espresso. Both are commonly sold together in coffee shops as warm or cold caffeinated beverages based on water or milk. They each come in a variety of flavors and share the same reverence for a morning pick-me-up.

Their differences are what truly separates coffee and espresso. They are not served nor made in the same way. Espresso is thicker and provides a more robust flavor. It is more caffeinated and can be based on milk or water. Espresso requires an espresso machine to be made and utilizes pressurized water through finely-ground coffee beans.

Read:  How Long is Coffee Good For After Brewing?

You can make regular coffee using grounds or beans and serve it in a multitude of ways. You can brew it through automatic drip coffee makers, single-serve coffee makers, French press, or through steeping. It didn’t share the same high caffeine content as espresso and was invented much earlier.

The critical difference between espresso and coffee lies in the brewing process. Coffee can be brewed in many ways and does not always require specialized tools. Espresso, however, relies on an espresso machine to be made.

The size of the grind needed to make espresso and coffee is an essential distinctive factor. Espresso requires finely ground coffee beans for the pressurized water to filter appropriately through the bean bed. This process also aids in the crema, a reddish-brown froth atop freshly made espresso, which helps add the unique, bold flavor.

Coffee, however, is better suited for medium to large grounds. As mentioned prior, you can make coffee in several ways. For this example, we’ll focus on the automatic drip and pour-over coffee-making methods to depict why larger grounds are a better choice.

Brewing drip and pour-over coffee is a slow process. Therefore, the larger grounds allow a broader surface area for the water to mix with the grounds. Larger grounds also enrichen the coffee’s flavor because it allows for more antioxidants to be released during the brewing process.

There really is no distinction between actual coffee vs. espresso beans. Since espresso is a type of coffee, all beans are technically considered “coffee beans.” That said, it’s also important to note that espresso beans on packages are a product of marketing. While this may deter you, it shouldn’t.

Each coffee bean is different and holds a different flavor and strength. If a company markets a coffee bean as an espresso bean, it’s likely that the bean in question may produce a richer, more robust flavor. Of course, choosing the right coffee bean is more about personal preference. What matters most when choosing beans for coffee or espresso is how you grind them.

As said above, the size of the grounds will affect the overall brew. However, the bean doesn’t differ between espresso and coffee and instead is based upon the species of coffee plant that it originated from.

Serving size is another way in which the brewing process differs between coffee and espresso. As you are by now aware, espresso is often served in small “shots” of about 1-2oz. The espresso is split into two parts, the espresso itself and the crema on top. Espresso is often paired with milk or water to make a larger drink.

Coffee, rather, is not held to this limitation. Most servings are 8-12oz, but depending on the size of the mug you have at home or the size of the cup you order at a coffee shop, you can receive a wide range of coffee serving sizes. Coffee isn’t as caffeinated as espresso, which allows it to have more flexibility when serving.

The debate over which is better may never reach an ultimate conclusion. Factors like health, taste, and overall ease of brewing can make a difference amongst people’s personal preferences.

At the moment, there aren’t any proven health issues connected to drinking espresso and coffee. That’s not to say that there can’t be any health-related problems upon excessive consumption. But for most people, drinking a cup of coffee a day hasn’t been correlated to any detrimental health issues.

It has been stated that espresso and coffee may improve mood, exercise, focus, and protect against heart disease. Though, the data backing up these statements is quite limited.

When it comes to health, coffee and espresso are nearly interchangeable. Neither is better nor worse than its opposite. The only caution between them is to moderate caffeine intake. Too much caffeine can have adverse side effects.

Espresso is regarded as a rich and bold flavor, often enjoyed as a shot by itself. If brewed correctly, you can enjoy it with no added sugar or cream. When in milk-based beverages, like the macchiato, the only additional ingredient is milk. Espresso is not bitter and is not as acidic as coffee since it can retain some of the coffee beans’ natural oils.

In contrast, regular coffee loses its natural oils thanks to filters and similar brewing methods. People often judge coffee as being less palatable on its own, in contrast with espresso’s bold flavor profile. Often, people add sugar and cream to coffee to make it sweeter and more enjoyable.

It is interesting to note that while each machine and brewing method are different, some methods require more work than others. Automatic drip coffee requires you to fill the reservoir and coffee ground before waiting for your coffee to be brewed. Alternatively, Keurig k-cups can be placed in a single-serve coffee maker to make for a faster brew, eliminating the need to measure out grounds.

Espresso machines tend to be more expensive and often don’t include as many functions or features as regular coffee. This is mostly due to the fact that espresso requires a very stringent brewing process, while coffee is more versatile.

Espresso and coffee are similar enough to be considered the same to the unknowing eye, but each presents uniquities that differentiate them from one another. Coffee offers a broader range of brewing styles and opens doors to opportunities with unique drinks and flavors. However, espresso is more decadent and bolder than coffee and holds more caffeine content. Deciding which is better than the other is left up to personal preference.

You may also enjoy these articles: Latte vs Mocha: The Absolute Essential Differences You Need to Know Nespresso vs Keurig: The Most Essential Guide to the Best Tasting Pods Are Espresso Machines Worth It: Practical Review 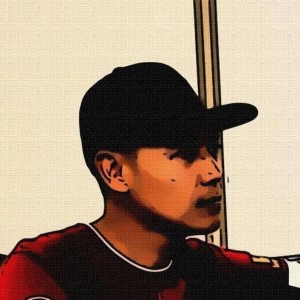 Hey there! I'm Dee, blogger and editor for this site!
PrevPreviousNespresso vs Keurig: The Most Essential Guide to the Best Tasting Pods
NextLatte vs Mocha: The Absolute Essential Differences You Need to KnowNext

PageOneCoffee is a participant in the Amazon Services LLC Associates Program, an affiliate advertising program designed to provide a means for sites to earn advertising fees by advertising and linking to Amazon.com. As an Amazon Associate I earn from qualifying purchases.